The ECO NO-LEAK SYSTEM for burial

The ECO NO-LEAK SYSTEM for burial is intended to cemeteries of vertical type (Public and Private), the same was elaborated after several years of research, an innovative and bold system that will minimize sensitively the problems that are caused by the current necropolis.

This is a constructive process that allows quick installation of drawers and ossuaries to ensure comfort, safety and especially respect for bereaved friends and family. As it is a system of vanguard, equipment here described take into consideration the use of ecologically correct practices, both in constructive phase as on systems chosen for the execution of the services of the burial and exhumations, these are described in detail on the following topics. 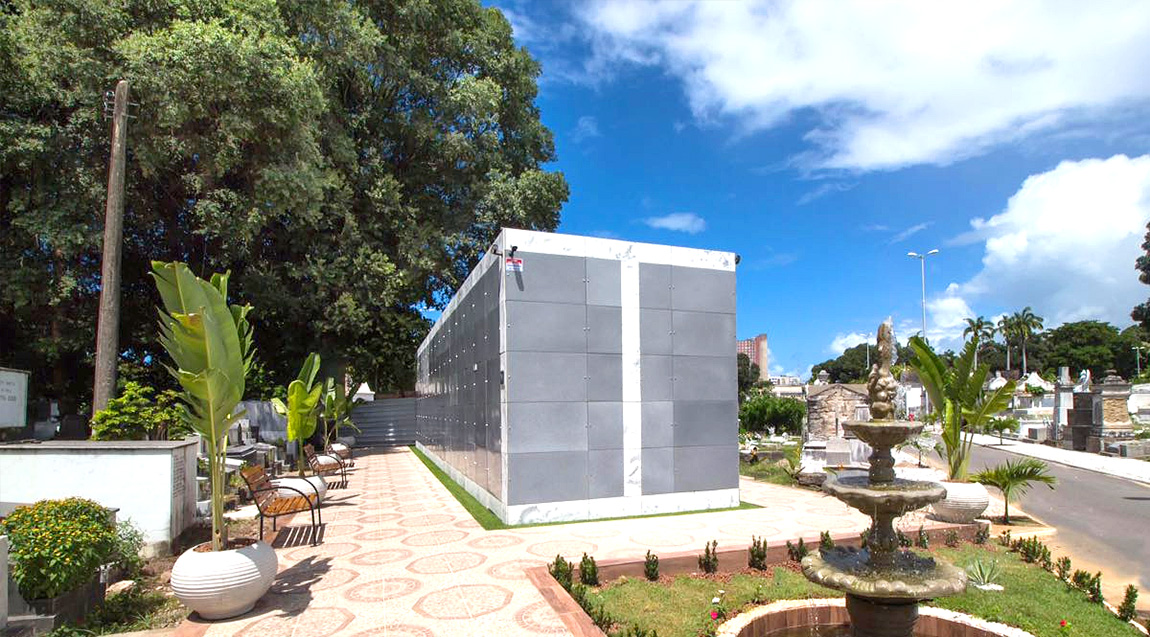 The ECO NO-LEAK SYSTEM for BURIAL IN VERTICAL CEMETERIES

The ECO NO-LEAK SYSTEM for BURIAL IN VERTICAL CEMETERIES this is an integrated system of sustainable burial with intelligent control of no leak and gas treatment by molecular dissociation. The same, here described, was designed and developed in order to assist the CONAMA (Brazilian National Council for Science and the Environment) Resolution 335/2003.

This treats of the guidelines for the process of environmental licensing of cemeteries and that in their article sixth, specific for vertical cemeteries, it enumerates the demands that should be assisted in accordance with the transcribed below: 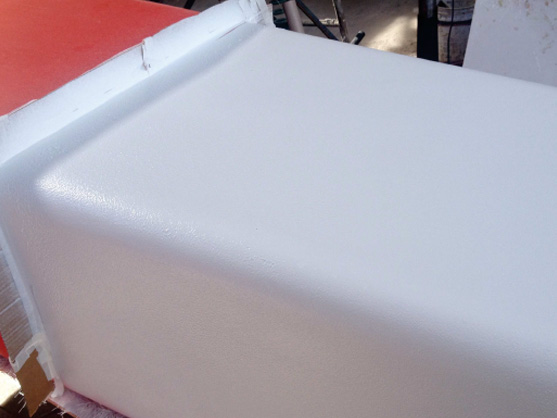 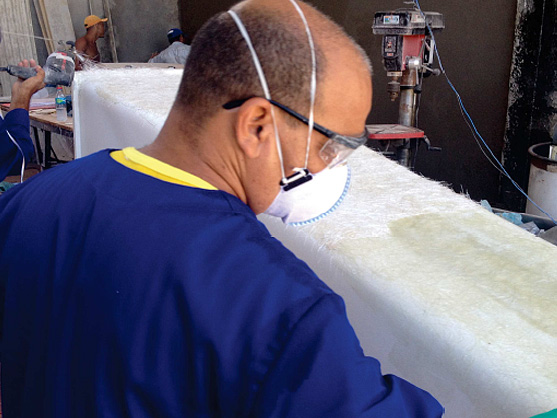 The loculi must be constituted of Materials that prevent the passage of gases to the movement places of visitors and workers.

In the ECO NO-LEAK SYSTEM the bodies are buried in Loculi (or drawers) produced in fibreglass through advanced molds that allow manufacturing of these “boxes” in unique pieces, without presence of amendments and with the same cold-rolling technology used in boats and vehicles. The finish is glazed in gel coat with complete absence of pores. The sealing of the locule (when the burial) is made with the use of fiberglass plate with the same characteristics of no-leak of the drawer, if worth of double layer of resistant polymer and elastic suitable for this purpose.

As it is a system with intelligent in leak control, the ECO NO-LEAK SYSTEM has a software called SIGA (a type of Intelligent System of Management and Automation) that controls and automatically manages, among other functions, the sealing of the Loculi by a leak test performed after each burial. The air entrance is closed and the suction turbine is tied, promoting the creation of an immediate vacuum which is measured and compared with the values of normality. This procedure accurately detects any hole or failure in the sealing module ensuring in this way the correction of any leakage occurred in the operation. 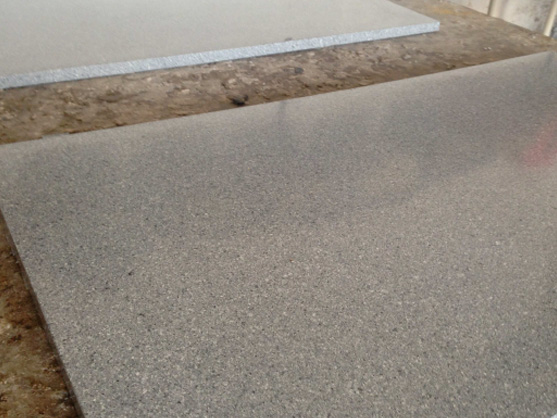 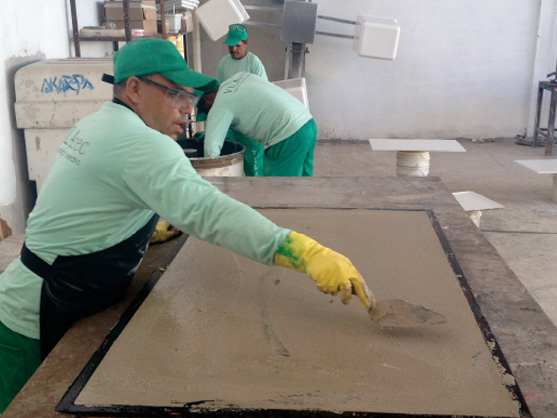 If any failure in the integrity of the locule is detected, either by human failure or by fails at some of the elements that compose the equipment, the system enters in “alert” module. In this module, the system automatically performs a security protocol that implies maintaining a constant vacuum. After this action the SIGA (a type of Intelligent System of Management and Automation) will send an alert via SMS to the cellphones of managers and responsible, communicating and identifying the location of possible leak.

The loculi are deposited into modular structures of steel carbon, prepared the lockers of easy assembly through the fit, treated with epoxy paint of 6 microns (the same used on ships), thus ensuring longevity to the structure by high corrosion resistance. The “lockers” have its late finish, or closing, with the use of a polyester resin plates (synthetic granite). In the same way that the loculi of fiber, the synthetic granite is manufactured with resins in which there are around 30% in weight of recycled bottles PET in composition.

The loculi must be constituted of Accessories or constructive characteristics that prevent the leakage of liquid originating from the liquefaction.

The CONAMA (Brazilian National Council for Science and the Environment) Resolution 335/2003. It Defines how the product of liquefaction the biodegradable liquid comes from he process of decomposition of the bodies, or parts. This is popularly called the necrochorume, by analogy with the leached of biochemistry decomposition of organic waste disposed in sanitary landfills. It can also be called rot.

The manufacturing characteristics of the loculi and the automatic test of no-leak, which guarantee the integrity of the system as regards the effluents gases, provide the impossibility of rot leak.

The such characteristics combines the fact of the loculi being arranged in metal structures already mentioned in order to present inclination towards the bottom of the drawers with the rot there remain isolated from the environment until their total evaporation through the process of controlled ventilation.

The rot passes by a drying process, with its liquid part being dragged into atmosphere in the form of water vapor through the process of gas exchange. This process occurs in systemic way with the use of the SIGA (a type of Intelligent System of Management and Automation) software, the same maitains as standalone controlled all variables of temperature, humidity and pressure. At the end, will remain in the locule about 0.11 grams of the solid part of the rot for a standard body of 154Lb. 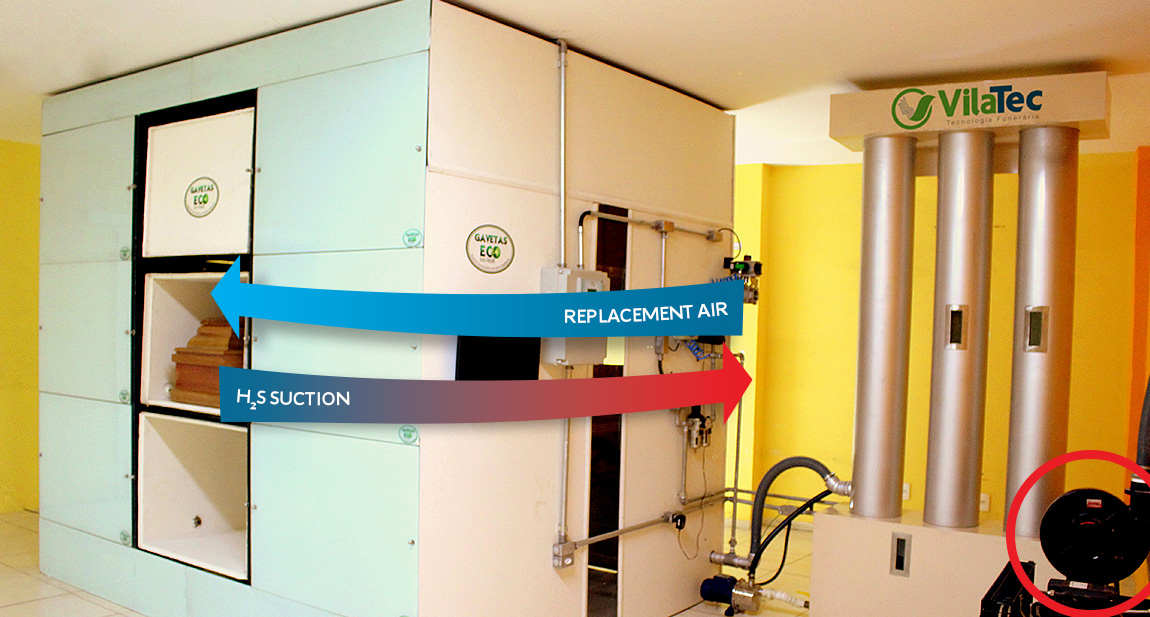 The loculi must be constituted of Device that allows the gaseous exchange in every loculus providing the appropriate conditions for the decomposition of the bodies, except in the specific cases foreseen in the legislation.

Each locule has two holes that are connected to the system of tubes and small barrel through which the exchange of gaseous content is processed in each locule used.

The SIGA (a type of Intelligent System of Management and Automation) software provides (at the same time in that removes) amount of ideal air, according to the number of Loculi used and the elapsed time of the burials, in order to promote a systematic control of the humidity indexes, pressure and temperature inside of the Loculi. Thus, the natural decomposition of the bodies is promoted, through the maintenance of aerobic bacteria by oxygenation produced in the process of gas exchange.

The systemic process control of gas exchange also prevents the new phenomena of cadaverous conservatives transformation. The Mummification, can occur in dry, warm and ventilated environments; or saponification, when there is deficient ventilation, humidity and high heat. 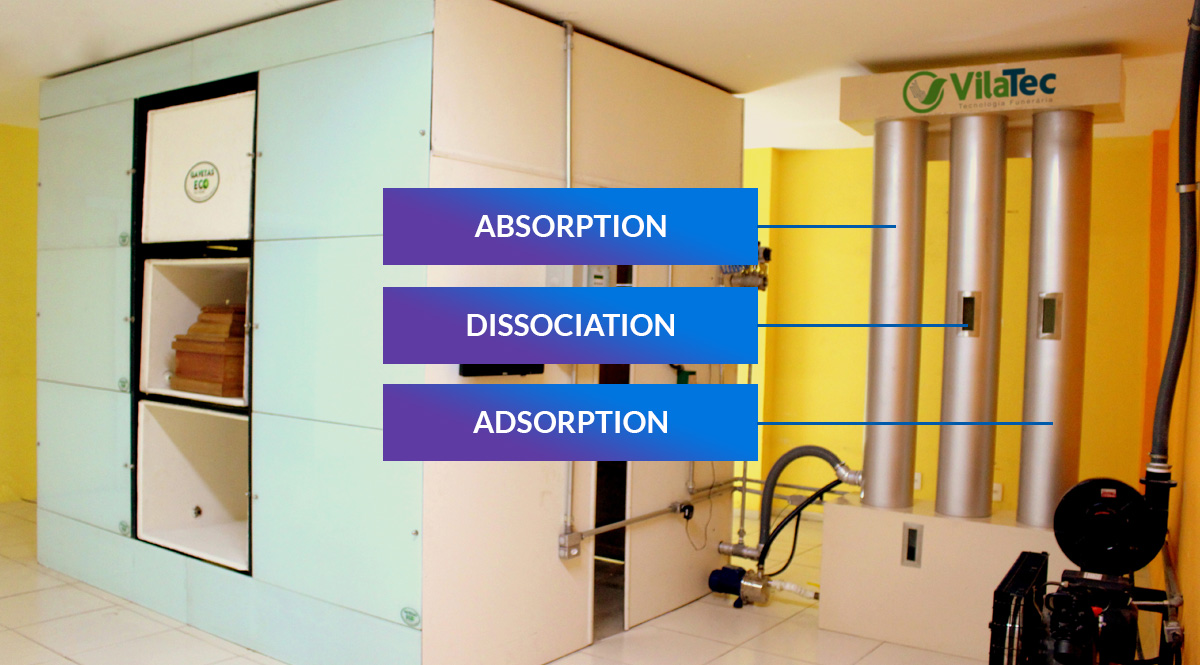 The loculi must be constituted of nvironmentally adequate treatment for any effluents gaseous.

The gases formed during the process of cadaverous decomposition are mainly hydrogen sulfide gas, mercaptanos, carbon dioxide, methane, ammonia and phosphine. The first two are responsible for the bad odors and for being constituted of sulphur, they are the most worrying in relation to its treatment before the release into the atmosphere. This is due to the fact of high concentrations of these gases are harmful to human health and may even lead to death as also for being responsible for the climatic phenomenon called acid rain.

The ECO NO-LEAK SYSTEM is composed of a technology for drastic reduction of hydrogen sulfide gas (H2S) present in the range of resulting gases from human decomposition, this reduction is because of the exclusive system of gas treatment. The same not only filters, but rather treats all gaseous effluents using in order 03 (three) distinct processes intended to:

The whole process is controlled by the SIGA (a type of Intelligent System of Management and Automation), an advanced software of logic integration with the physical environment that allows total control of the ECO NO-LEAK SYSTEM routines. The same performs managerial tasks from data reported by its numerous sensors. This way the system is able to make decisions and managerial attitudes as well as fix fix and/or avoid anomalies. The autonomous system of gases treatment was developed in a specific way for cemeteries. The great differential of this process in relation to conventional that only use activated charcoal is its real efficiency, since the actived charcoal just acts as a sequestrant chemist, not promoting processing but accumulation of pollutants, having the following drawbacks when used alone:

The SIGA (a type of Intelligent System of Management and Automation) software evaluates the concentration of hydrogen sulfide gas before and after the three stages of treatment, indicating the efficiency of the process and informing when it is less than the 95% at which point it is necessary for the maintenance of the 2 first stages. The residue of sulfur and iron oxide resulting from this maintenance can be used as a fertilizer, being returned to the nature without contamination.